Globalisation encourages the process of metropolisation. Metropolisation means the concentration of the most qualified population and activities in the largest cities. Nowadays, people are more and more connected thanks to globalization. They exchange knowledge, trade with each other, work together in order to create tomorrow’s world. These exchanges are carried out in a few cities commonly called “global cities”. Saskia Sassen who invented the concept of a “global cities” defines it as, in short, “an important point of financial and particular services production that is necessary for the future”. In order to understand better the concept of global cities and what defines such cities, we will study the case of the first global city in the world : London.

An attractive and lively city

The city was created in the Antiquity so it contains a considerable history that tourists can delight for exemple, in architecture they can admire the St Paul’s Cathedral, built after the huge 1666 fire and located in the historic heart of the City.
Visitors can also discover the London history by visiting the 240 museums and galleries as the British Museum, the Natural History museum, the National Gallery or the Tate Britain. Almost all of them are free and give a full and easy access to culture. London was, according to CNN the third most visited city in the world in 2018, with almost 20M visitors per year. Indeed, the home of Big Ben is flourishing from iconic monuments, known places, typical food, music, ect… Its musical repertory is vast, the city inspired many singers and musicians like the Sex Pistols or The Clash.

However, in order to welcome all the people that are willing to visit London, the city must be really accessible. We could think that because of its geographic situation (england is an island) the accessibility is not so good. Well, the Frog possess five international airports : Gatwick, Luton, London City Airport, Stansted and Heathrow.
In total, over 100.000 flights transit by those airports per month. Furthermore, the city is near the sea which allows the travellers, mostly european, to take the boat or the Chunnel and then ride downtown with the train or the underground, which is the most used way of travelling in the city.
Indeed, underground is commonly used by London’s 8.5M inhabitants that are travelling every day from their home to their work.
Connectivity is not only material but also virtual with the high dynamic of press.The decisions taken in London have to be communicated, that’s why several press agencies, television networks or internet sites are based in London. This Londonien press is famous for its quality and has an huge power on english people who needs the informations it gives to understand their country’s situation at every moment. It also provide to the world the english news.

Rich people from emerging countries come in London, attracted by international financial platform and manages to fare well. London has developed commercial links with the rest of the world, in particular with the Commonwealth (of which it is the capital). It brings together 54 of the former colonies of the British Empire (a market of 2 billion inhabitants) and thanks to that, London maintains intense and privileged commercial relations. It is the heart of the UK’s economy and the most important financial sector in terms of industries. The “City”, London’s business district, houses numerous firms and banks headquarters such as the international bank group HSBC or the Barclays’ bank, located in the business district of Canary Wharf (docklands).These are mainly located in the Central Business District (CBD), which is divided in two parts, the former quarter (the City) and the more recent quarter (the new CBD). This new CBD has been built since there were not enough space in the former one. These CBD are also turning places of the world’s economy as London’s Stock Exchange is one of the most influential stock exchange in the world.
The City district employs more than 300,000 people, including 57,000 in international banking activities (it makes the rest of London the banking capital of the world with 539 banks on its territory) .

Since the United Kingdom is a former colonialist country, London carries that legacy. Out of a total of 8,5 million, half of the population has a foreign origin.
London is the most cosmopolitan city of Europe: it’s a city that attracts strangers and migrants from the entire world. It’s an opportunity for them to find a work, a formation or an asylum. It is one of the major arrival spot of migrants coming in Europe.
London is composed of people from different origins : 60 % of Britains,12 % of Indians, 11 % of Africans and Antilleans, 8 % of Europeans, 2 % of Chineses and 7 % of the others.
37 percent of London’s inhabitants were born outside the UK. This rate of foreigners living in the same city is this highest in the world.

A city of excellence

The city is turned to the future. Higher education is a an important element of London’s dynamic. For instance, many of London’s universities are known all over the world in some sectors of activities such as social sciences (The London School of Economics and Political Science), natural sciences (Imperial College London), business (London Business School) or engineering (Imperial College London),without forgetting of course Oxford and Cambridge universities that are internationally renowned. London also has more than 100,000 overseas students. A lot of Academics and students from everywhere come in London to do research, teach and study. Those exchanges allow London to create a global network in terms of education and researches with the rest of the world.
Because of its knowledge pool, London is a place where peoples lead several innovatives projects in many discipline. It welcomes almost 4.400 world class researchers and many research centers.
We can quote for example two projects lead in the sector of environment: an eco-quarter has been created in 2002 and the famous st Mary building which has a shape studied in order to use the wind in its ventilation system. London offers significant competitive advantage in science, technology or design…

A city that faces problems

Traffic jams and permanent parking problems, water treatment, pollution, difficult waste management, exorbitant rents, Londoners pay dearly for the attractiveness of their city.
London has been the target of terrorists organizations. Sunday 2nd February 2020, the city underwent a new terrorist attack where three people were wounded.
Immigration created multiple communities that remains apart from each others. It causes tensions between them, insecurity and people are isolating themself from the city life. These tensions manifested themself for instance during the 2005 islamist attack or during the hangers between radical muslims and far-right activist.
The rate of people coming to live in London is also constantly increasing which is also a titanic challenge for the city: How to welcome all of those people? To get them jobs? To house them ? The rich peoples are only a small part of the population, fact that increases the inequalities and between richs (elite of professionals and specialists) and poors (the population of service industrial work).

The rehabilitation of certain sites by the town hall in the east of the metropolis benefits only rarely to the poor populations who live there. Poor people can no longer afford to live in London and must move elsewhere.
Unemployment is on the rise, and it is mainly caused by delocalisation.
Furthermore, London must consider the ecological question since it has a central role to play in climate change. Indeed it is clear that London has its responsibilities in it : it consumes a lot of energy and rejects greenhouse gas.
The city will develop expansions for parks, trees and wildlife in order to create a greener city that will keep the air quality level good. Londoners have also access to green technologies like outlets to charge electric vehicles. London is also part of the C40 Climate change group where 40 cities are partnering to reduce carbon emissions and increase energy efficiency in large cities all world round.

To conclude London is a global city because it is a place where culture, power and innovation goes together. This status makes it being a very important meeting point where big decisions are taken in every possible sector of activities. However, its global aspect also brings struggles and London has to face inequalities, violence, terrorism and climate change which can threaten its influence. Brexit may also determined its future as the first global city since exchanges with Europe will be perturbed and therefore a part of its economy.
This definition of a global city fits with every global city in the world like New-York, Hong Kong or Paris. 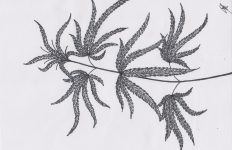 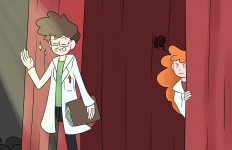 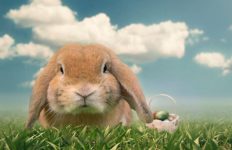 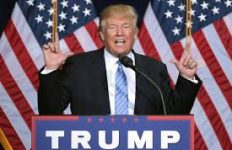 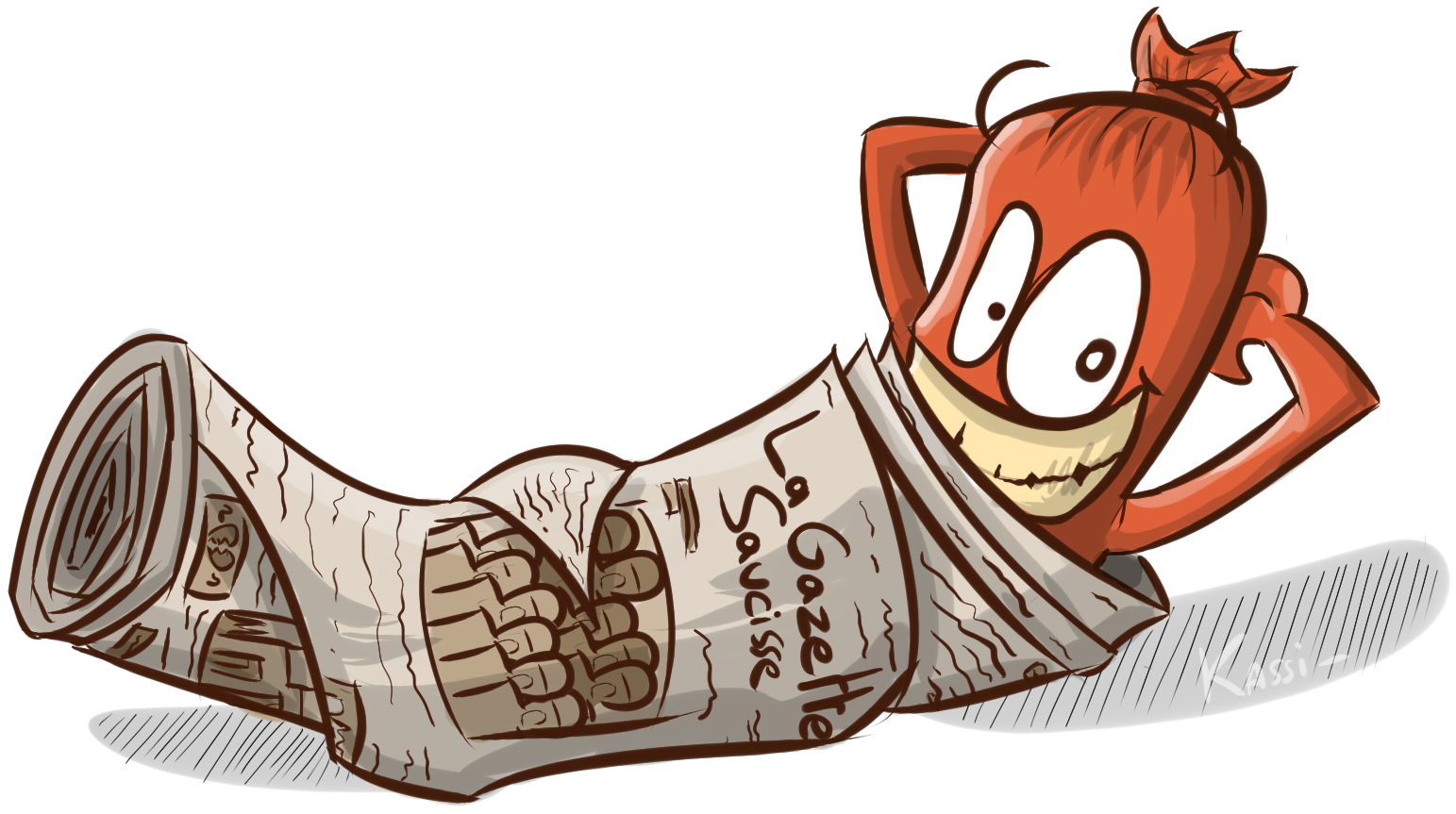 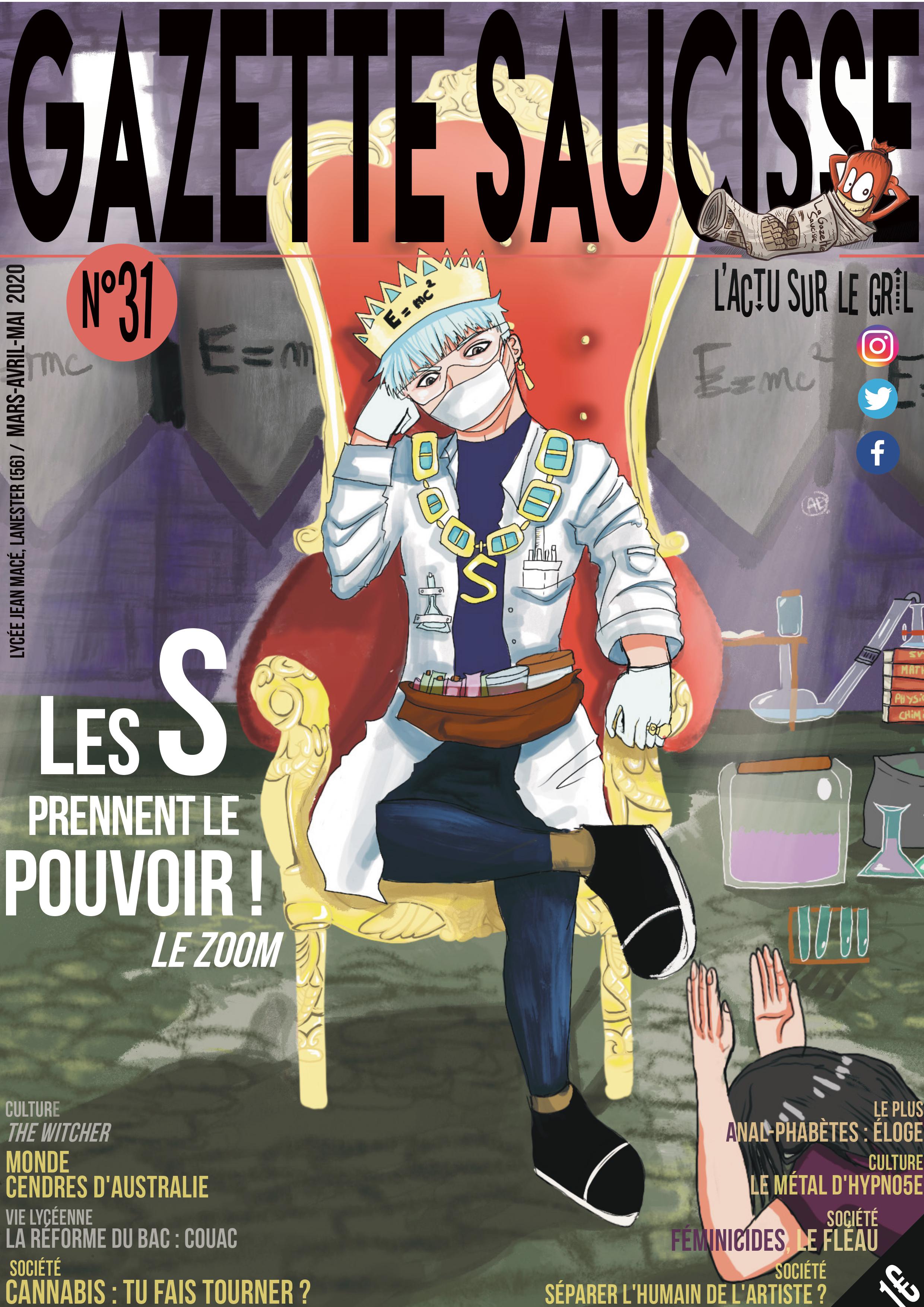 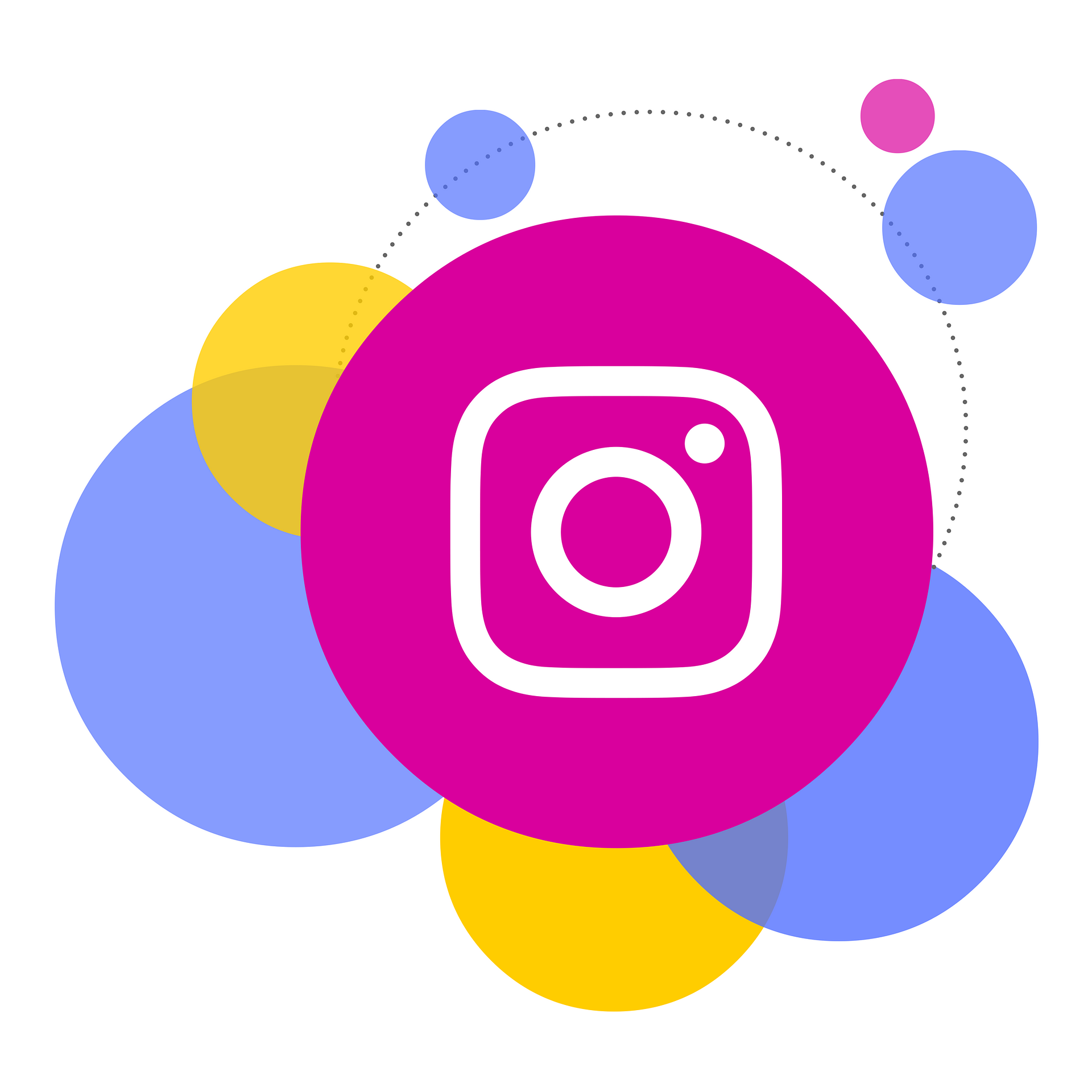 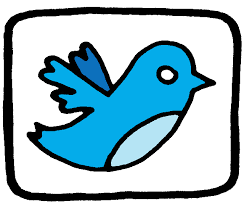 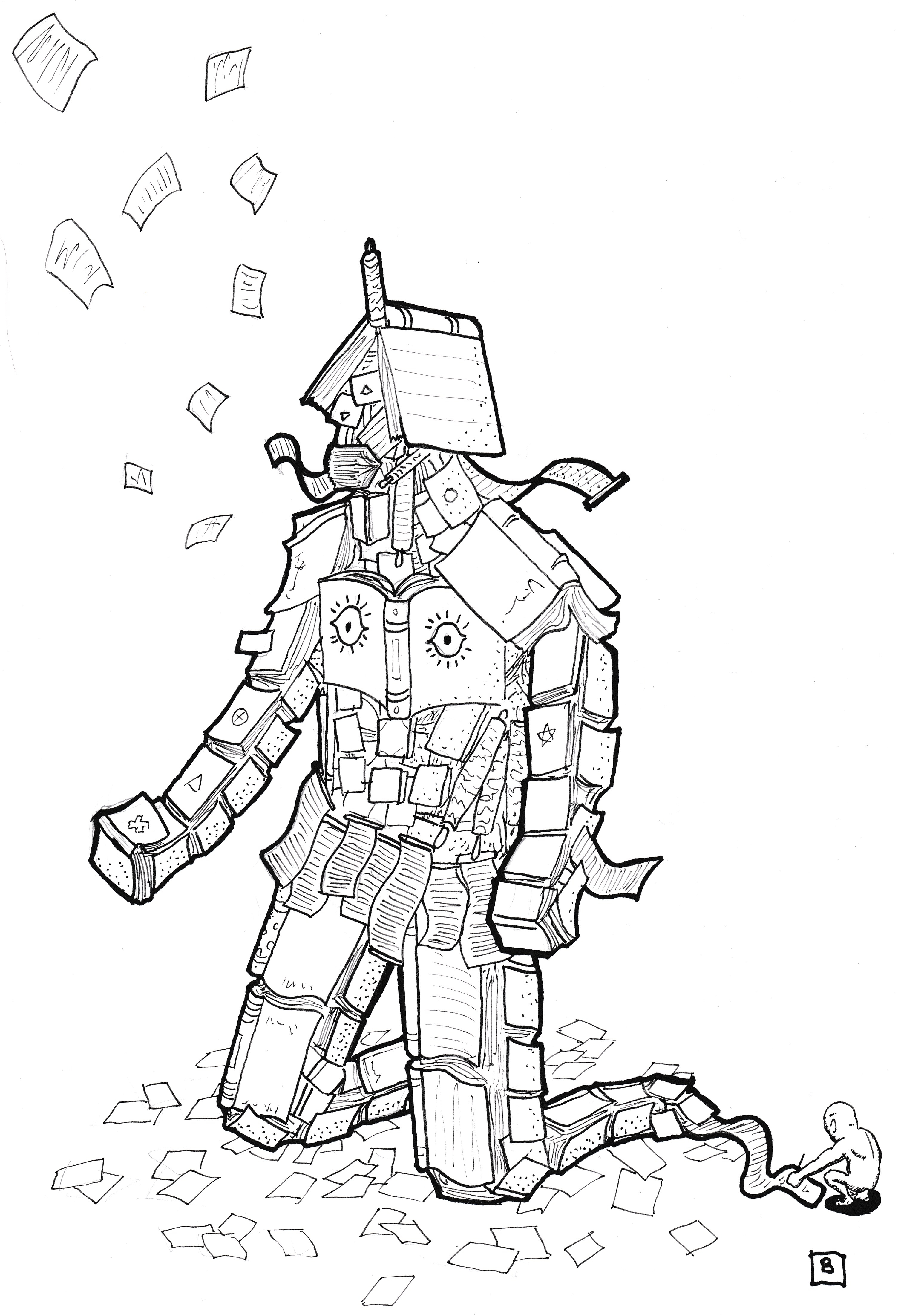 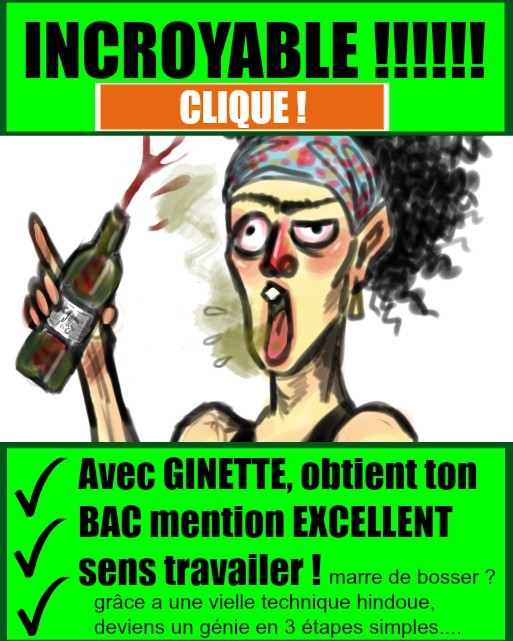